Clubhouse open 8am/ Catering from 10am

About Newburgh on Ythan Golf Club

Newburgh on Ythan Golf Club sits nestled between Cruden Bay Golf Club 5 miles to the North and Trump International Aberdeen 5 miles to the South. Founded in 1888 as a 9 hole course which later grew to 18 holes in 1994 with the addition of a new front 9. In April 2001 the long awaited completion of a new purpose built clubhouse situated between the 1st and 10th tees was officially opened by 1999 Open Champion Paul Lawrie.

The course regularly features in Scotland’s Top 100 Courses and is situated on one of the best golfing coastlines in the UK. Some may say its overshadowed by the bigger and more well known courses of the area but its no wonder its been described as a “Hidden Gem” and is enjoyed by many a golfer from near and far.

"Blind shots, fast fairways and punch bowl greens make it a must play."

Founded in 1888 by John Udny of Udny and a “band of founding fathers” Newburgh on Ythan GC was originally a 9 hole course measuring 1 mile 401 yards in length and was laid out over Newburgh Links to the east of the village between the Foveran Burn and the River Ythan.

The course remained as 9 holes until 1912 when it was lengthened to 18. The new layout, which was designed by Mr McAndrew, who was the resident professional at Cruden Bay was officially opened on the 7th September by J Udny and remained so until 1917 when the course was reduced to 12 holes, before being returned to 9 holes in 1919.

In 1921 the club was approached by Royal Aberdeen with a proposal to form the Scottish Golf Union and in November that year the club applied for membership of the North East District of the Scottish Golf Union. And of equal note, women were invited to take part in matches in the June of that year, with the minutes noting this was a very welcome addition.

1922 brought the introduction of club members and visitors being insured against third party risk on the golf course.

1926 arrived and the Golf Club joined with the Tennis club to form Newburgh Golf and Tennis club with the courts located just over the back of what is now the 12th Green. From those days until the outbreak of the Second World War, the club enjoyed a strong membership and healthy competition.

1927 saw the sudden death of the Golf club professional, Mr Robert Taylor after playing in a match at Oldmeldrum which he had won. He could count the Crown prince of Siam as one of his pupils when he stayed at the Udny Arms Hotel for month in 1897 and spent his time there learning golf on the links. Mr Taylor also oversaw the layout of the McDonald Golf Course in Ellon at the request of South African Mr McDdonald who donated the land.

The course remained in the 9 hole format for 75 years until 1994 when land was purchased to the south of the existing course on the Foveran Links. Greens of Scotland oversaw the design of the new nine holes along with Glen Andrews constructing the greens and bunkers. The addition of the new 9 holes, turned the course into a challenging 18 hole links measuring 6423 yards from the medal tees although it can play a lot longer in the windy Scottish conditions. 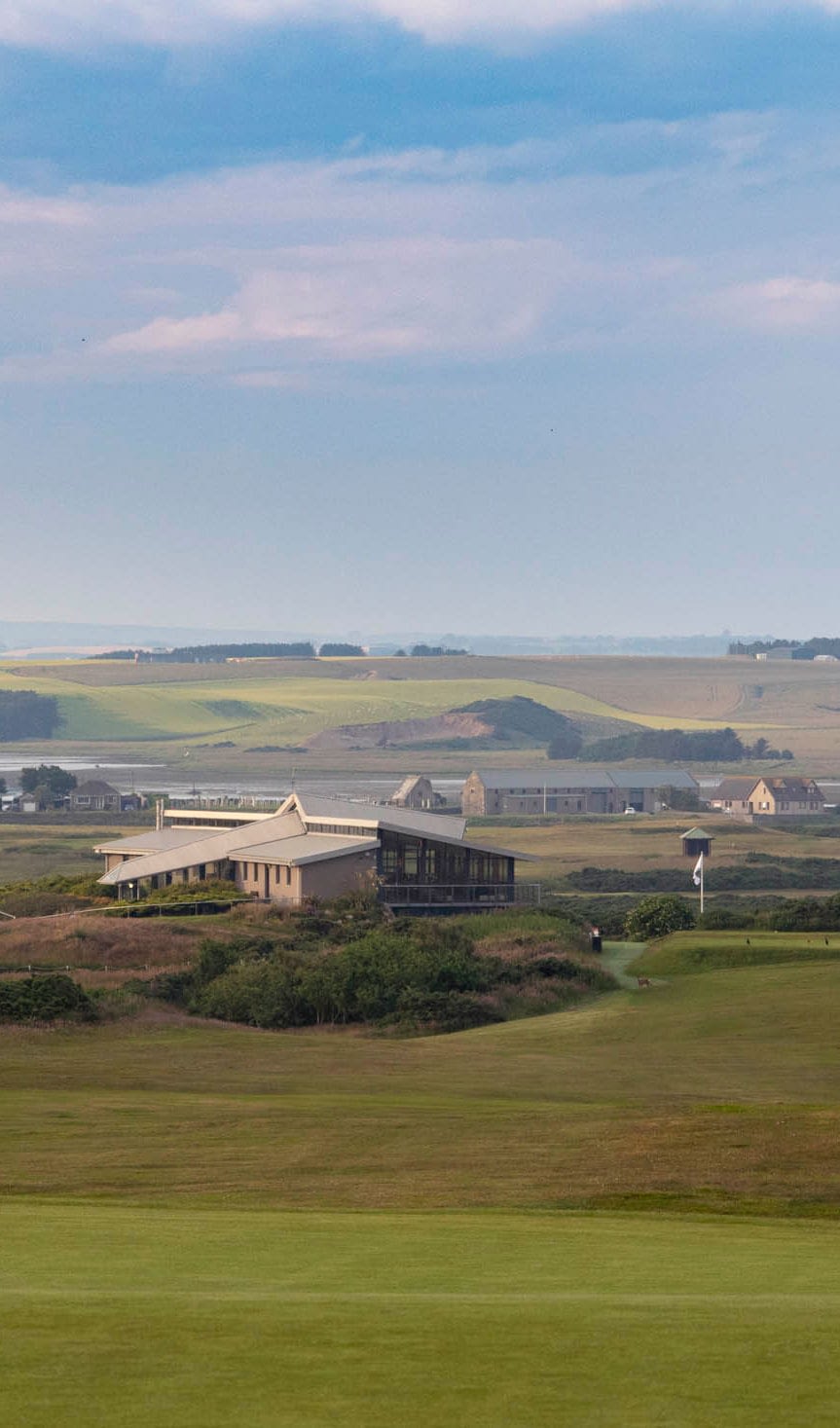 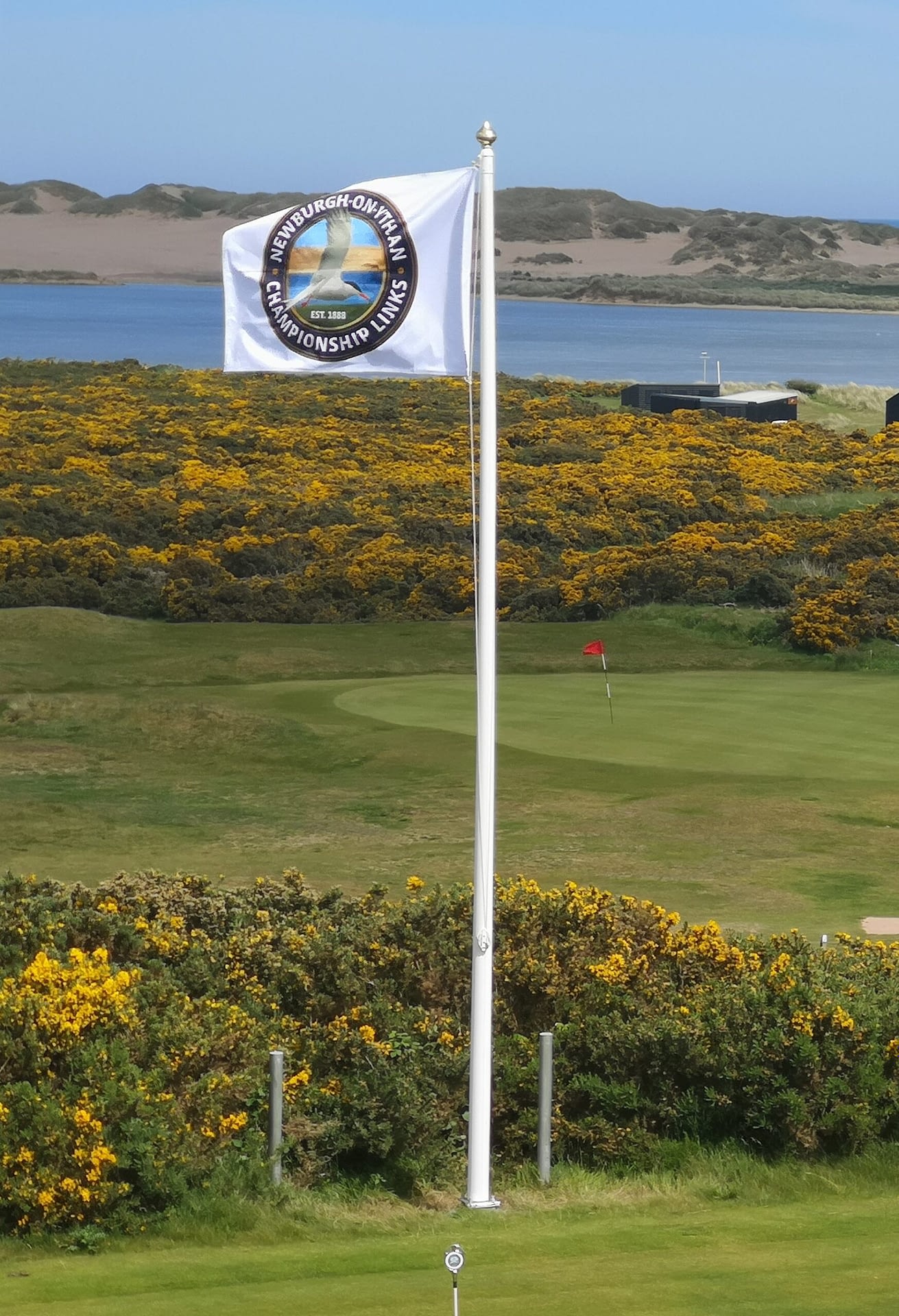